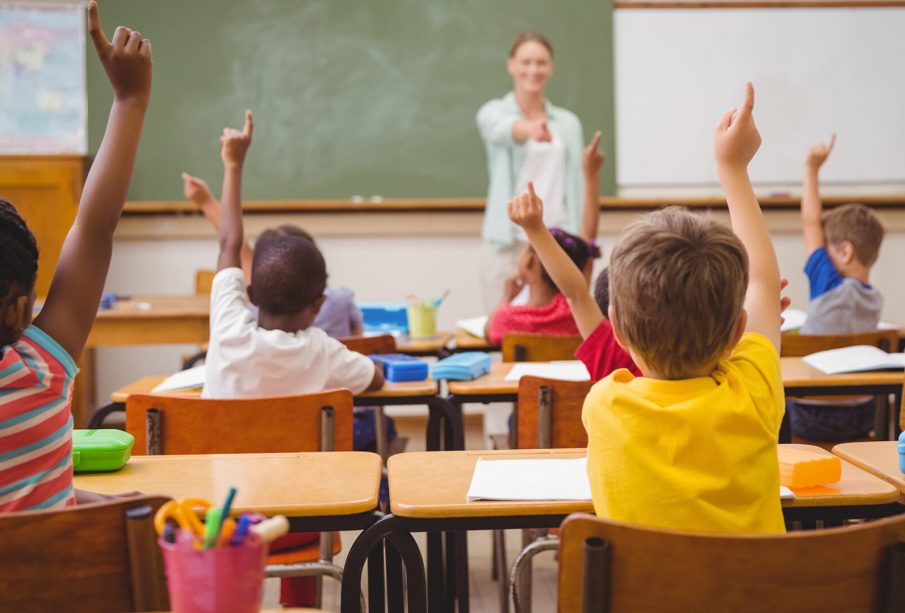 The Starfish Academy is based on the legend of the starfish where a boy is on a beach trying to save the many starfish that washed ashore. A man approaches the boy and wonders why the boy is wasting his time trying to save the starfish. He says, “Do you really think that what you are doing is going to make a difference?” The boy looks at the man and picks up another starfish. As he tosses it back into the ocean he says “It makes a difference to that one”. Mitra & Craig Roberts started the Starfish Academy in 2003 to enhance the early educational needs of special needs children. However, to the Roberts’ every child is more than just “special needs” they are exceptional children.

Mitra began her journey as a day care provider when her first son, Alex, was born and she wanted to stay-at-home with him. She opened Miss M’s Family Daycare and remarked that although she didn’t advertise for exceptional children, they always seemed to find her. After a complicated pregnancy, Mitra gave birth to their third child, Sally. Sally began exhibiting signs of developmental delays but as any parent might do, the Roberts’ were initially in denial. When Sally was 18 months old and still not walking, they discovered that she had suffered a peri-natal stroke either at or near birth. Although her physical symptoms were very mild, Sally had many years of physical, occupational and speech therapy ahead of her. Mitra knew she needed more education to help her daughter and she went back to school and received her undergraduate degree in Psychology from Wright State University. She also realized that Sally needed additional special education services as well as gifted enrichment since Sally had a high IQ but was still struggling with some special education needs. Although, the Mason school system had many wonderful teachers and special education support, Sally did not fit the “mold” and Mitra decided to open a “therapeutic learning center created to meet the unique needs of children and families living with developmental disabilities.”

The Starfish Academy would not be where it is today without the help of Mitra’s supportive husband, Craig. Craig had a sister, Chrissie, with profound cerebral palsy and throughout his childhood, his family stood by her and included Chrissie in everything they did. To them, Chrissie was not defined by her cerebral palsy, she was just one of the family. Craig’s experiences with his sister have shaped his character and Mitra explains that he the “kindest, most patient man. Like me, when we come upon an exception we only see the human being, we are truly blind to differences.”

The Starfish Academy has a low student/teacher ratio. Currently up to six students can be enrolled for each morning or afternoon session offered. The Starfish Academy is a great way to enhance the early learning of a child and can be a great adjunct to a child enrolled in preschool. Most of the children Mitra works with are between 3-6 years old and they participate in “Skills Groups” which focus on building the skills children need to meet classroom expectations. Mitra will also be offer Skills Groups over the summer so if you have an exceptional child, this is a great opportunity to help them succeed. The Skills Group will be based on developmental levels and not just chronological age. To help with the expenses, you might want to consider playing some fun sports betting games via www.ufabet168.llc/%e0%b8%9a%e0%b8%b2%e0%b8%84%e0%b8%b2%e0%b8%a3%e0%b9%88%e0%b8%b2/

In addition to working with preschoolers, Mitra offers before and after school programs geared for students in first through ninth grade. She has worked with a wide range of developmental disabilities and welcomes all. Although, students with more profound physical limitations may need to have a care-giver on site, most children are able to be dropped off during the programs.

I wondered how Mitra keeps the children engaged and she explained, ” We have so many awesome things in our classroom. We have a huge library, awesome manipulatives, great science, art and language arts materials. We have books, games, time for imaginative play, and we have animals and a huge garden.” It sounds like a wonderful learning environment for the children. The Starfish Academy currently has some openings, so please contact them to see if you can enroll your child in this amazing therapeutic learning environment.

Now, even though Mitra lovingly devotes so much time and energy to her students, she also has a family of her own. She and Craig have been married eighteen years and have three wonderful children, Alex (16), Emma (14) and Sally (12). They’ve lived in the same house in Mason since they’ve been married. They also have five cats, a dog, a rabbit, a frog, two turtles, two birds, and sixteen gerbils. Oh my! Oh, and Mitra is an avid reader and collector of books. She also scrapbooks, gardens, draws, enjoys science and is an animal lover.

Another fun fact that I learned about Mitra is that she is an ace baseball hitter. Put her in any batting cage and you’ll be sorry since she never strikes out. The Starfish Academy has sponsored an MYO baseball team for many years and the players let out a collective groan when Mitra comes to bat -they know they’ll never get a turn! One of the goals for Mitra is to sponsor a Starfish Academy team in the Miracle League in Springboro. It’s a baseball league for children with disabilities. Right now they have the coaches but they just need more kids. If anyone has an interest in being involved, Mitra & Craig would love to hear from you. She’s also Trustee for Bridge Riding for the Disabled who are “dedicated to helping disabled people, both children and adults, find new freedom through their experiences with horses.” (from website).

Mitra continues to strive to enhance the Starfish Academy. She is currently going to school to obtain her Masters of Science Degree in Mental Health Counseling as well as to become a Licensed Professional Counselor (LPC). She also has certifications in First Aid, CPR and CPI (non-violent crisis intervention). She’s also a QMRP (Qualified Mental Retardation Specialist). On Friday nights, Mitra also co-facilitatates a social skills group for adult women with high functioning autism and they currently have some open spots.

Eventually, Craig & Mitra want to expand the Starfish Academy by moving to a larger facility as well as being able to offer mental health counseling. Wow, and I thought I was busy. You can see why Mitra Roberts is another great addition to MasonMetu’s Women to Watch series.

Reasons Why Promotional Products Are A Smart Choice